On this page there is a small sample of works as Character Design.

The second one, soldiers of the Union called Peacekeepers. They are a militarized police force, sort of like the stormtroopers in Star Wars. They wear an iconic helmet that makes them faceless / anonymous. They are fully armoured and carry a kind of quasi-futuristic rifle. And on the other hand, they represent oppression, police brutality and blind obedience.

The third, characters with a human appearance, even though they are not. They are pale, no characteristic features, hands and feet are dirty.

Over the course of the story, the female character grows a red light inside the chest and ends up becoming a tumor on the head. The technique used was photobash. 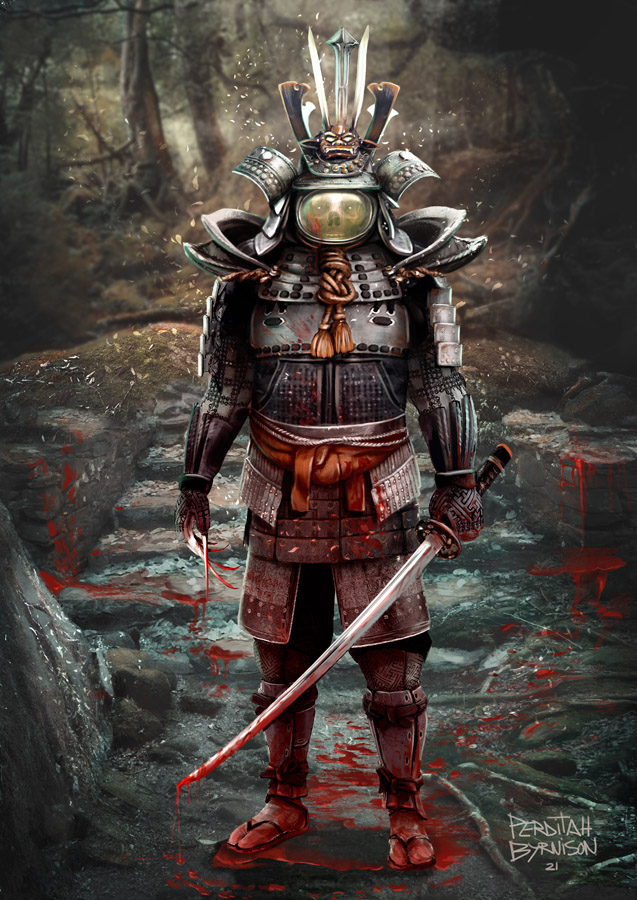 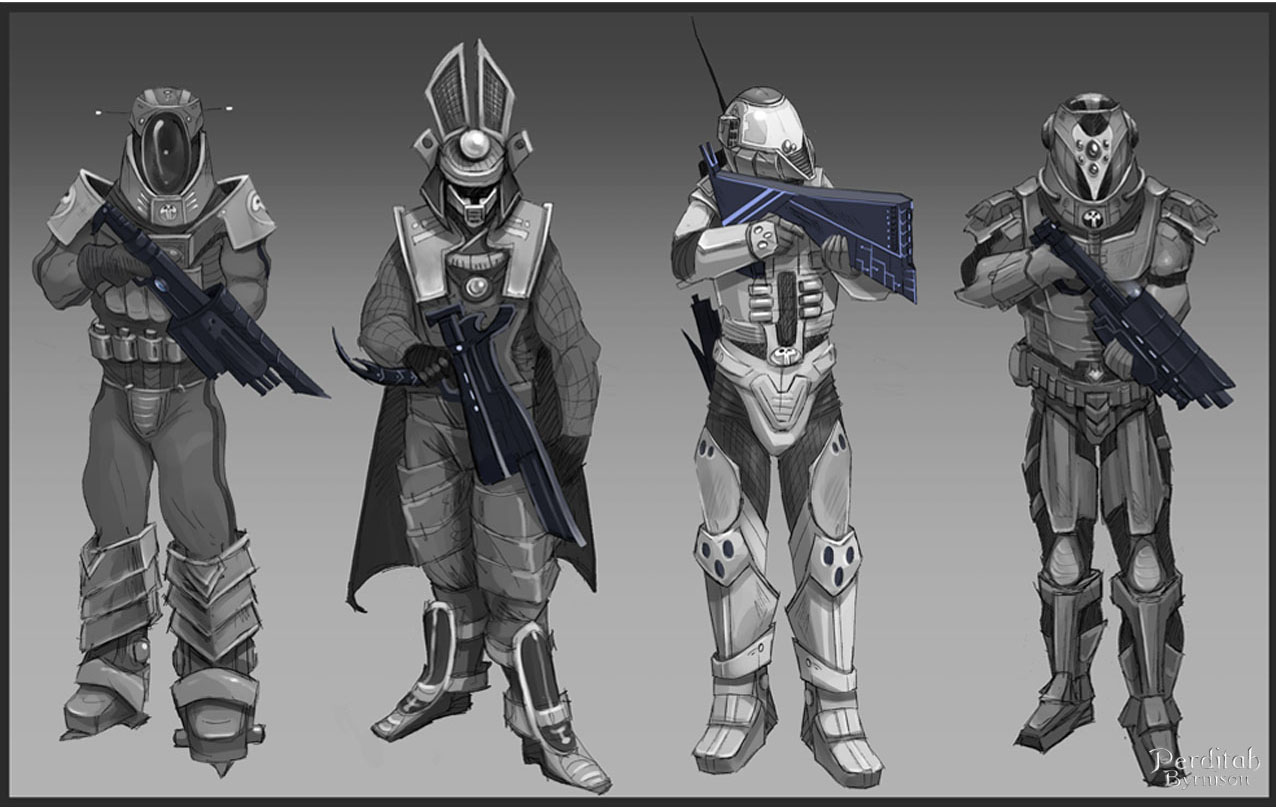 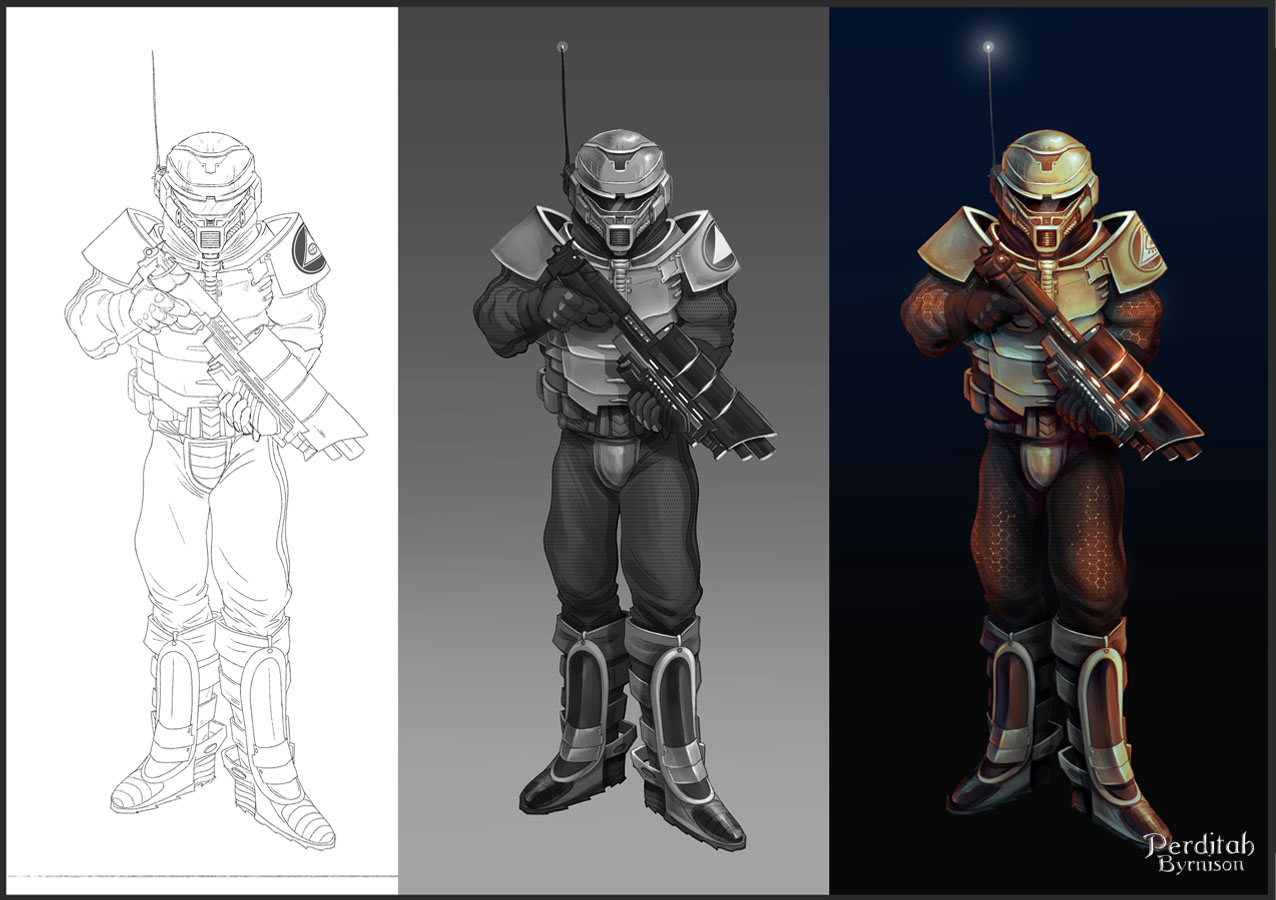 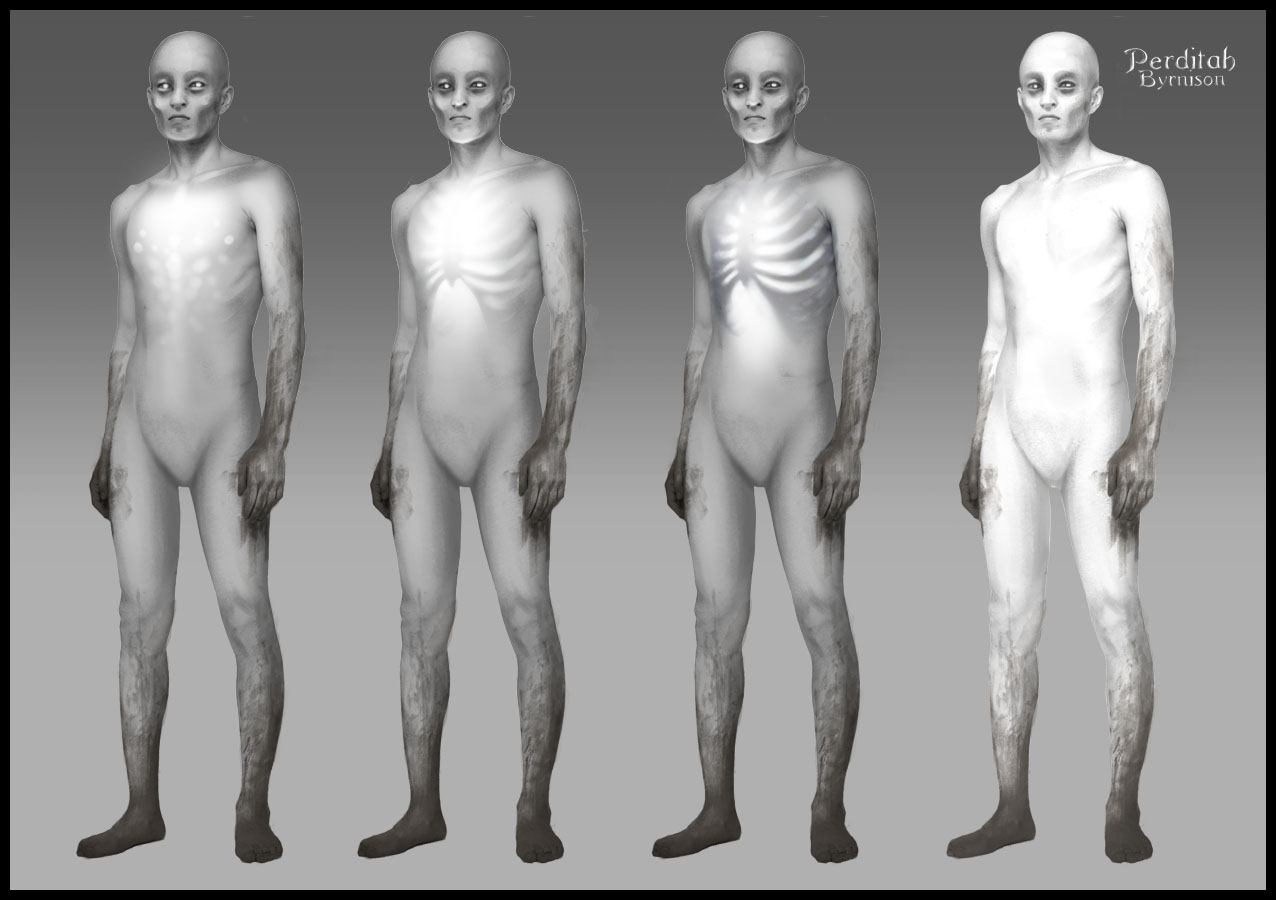 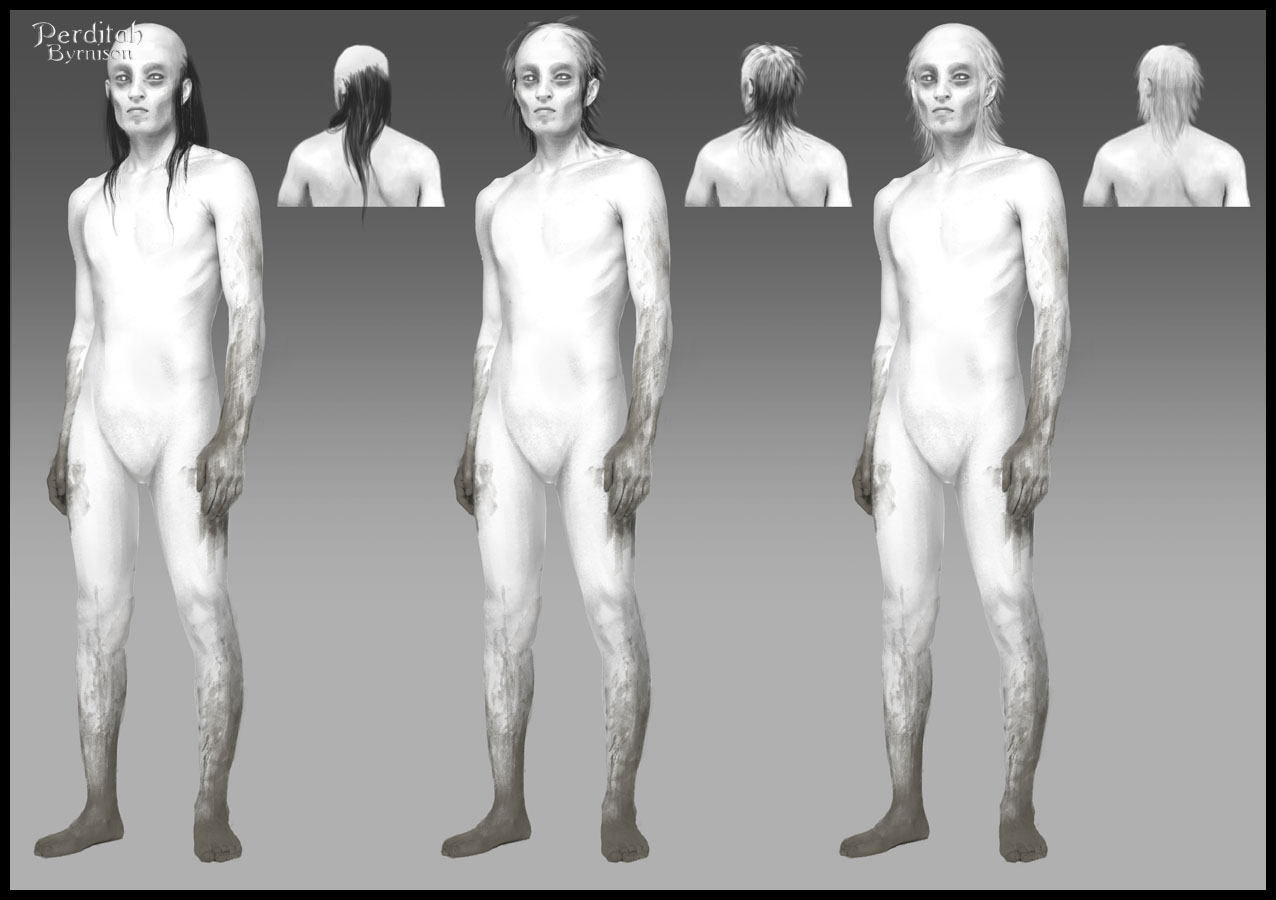 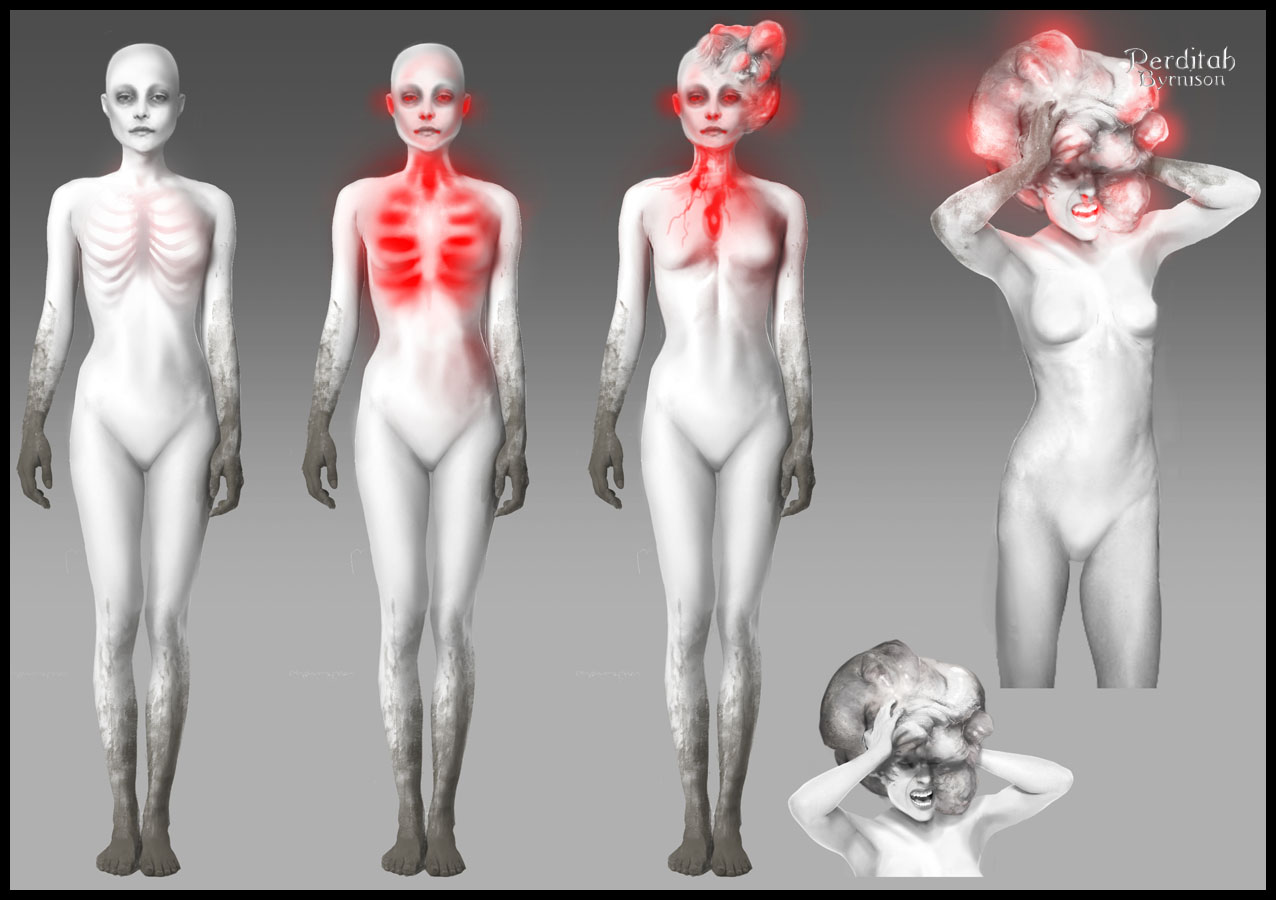